CJC-1295 DAC has shown some amazing results as a hormone releasing hormone (GHRH) analog. Not only has CJC-1295 shown the ability to increase hormone and IGF-I secretion and its benefits, but it has been able to do so in very large amounts. Recent research studies have shown that CJC - 1295 stimulates GH and IGF-1 Secretion, and will keep a steady increase of HGH and IGF-1 with no increase in prolactin, leading to intense fat loss, and increases protein synthesis. CJC-1295 DAC is a long acting Hormone Releasing Hormone, which causes the anterior pituitary to release more hormone. GHRH is released in pulses in the body, which alternate with corresponding pulses of somatostatin (growth-hormone inhibiting-hormone). Clinical Research was first conducted for CJC-1295 during the mid-2000s. The objective of the peptide was to treat visceral fat deposits in obese AIDS patients, as increased levels of exogenous hgH are presumed to increase lipolysis (fat loss). The clinical research was ultimately successful for most research subjects. Ghrelin, released from the gut, which circulates and acts as a hunger hormone, has synergistic activity in the body with GHRH and also suppresses somatostatin to make way for the GHRH pulse. Studies shows that combining a GHRP-6 with CJC 1295 DAC, significantly increase the release of GH and IGF-1 production without an increase in prolactin. An example of a GHRP (GH Releasing Peptide) is Hexarelin or GHRP-2. CJC 1295 DAC is a exceptionally designed peptide and is known for being the finest of the hGH secretogues. The DAC (Drug Affinity Complex) portion increases the half-life by binding with serum albumin and protects the CJC-1295 DAC peptide from degradation. This was formed when a lysine link was bounded to DACs to a reactive chemical called maleimidoproprionic acid (MPA). CJC-1295 DAC vs. CJC-1295 No DAC CJC-1295 DAC and CJC-1295 (also known as Modified GRF 1-29) are both Hormone Releasing Hormones (GHRH). Their action in the human body is identical but the difference between the two peptides are the span of the half-life. Modified GRF 1-29 and Sermorelin have a very short acting half-life of about 30 minutes, while CJC-1295 DAC has a half-life that can last up to approximately 8 days. Many a scientist have reported that the short half-life of Sermorelinand Modified GRF 1-29 is considered to be much more natural as they produce a short pulse of Human Hormone. ConjuChem and The Development of CJC-1295 DAC CJC-1295 DAC is a tetrasubstituted peptide analogue of Growth Hormone Releasing Hormones with D-Ala, Gln, Ala, and Leu substitutions at positions 2, 8, 15, and 27 respectively. A Canadian biotechnology companyConjuChem had invented CJC-1295. Clinical Research on CJC-1295 first began during the mid-2000s. The goal of the peptide, acting to raise like Ipamorelin, was to treat visceral fat deposits in obese AIDS patients because it is presumed that increased levels of exogenous increase fat loss, or lipolysis. In one study, results showed that the measured GH release in rats over a two hour period showed that CJC-1295 released twice as much GH as CJC-1293 DAC. This result makes it preferable for immediate effectiveness as a result of the longer peak. With the use of a Hormone Releasing Peptide (GHRP), such as Hormone Releasing Hexapeptide (GHRP-6)in conjuction with CJC-1295 DAC, a study has shown that the GHRP's create a Hormone pulse which helps the CJC-1295 work effectively. Clinical research's involving CJC-1295 have shown that it had been successful for most research subjects. 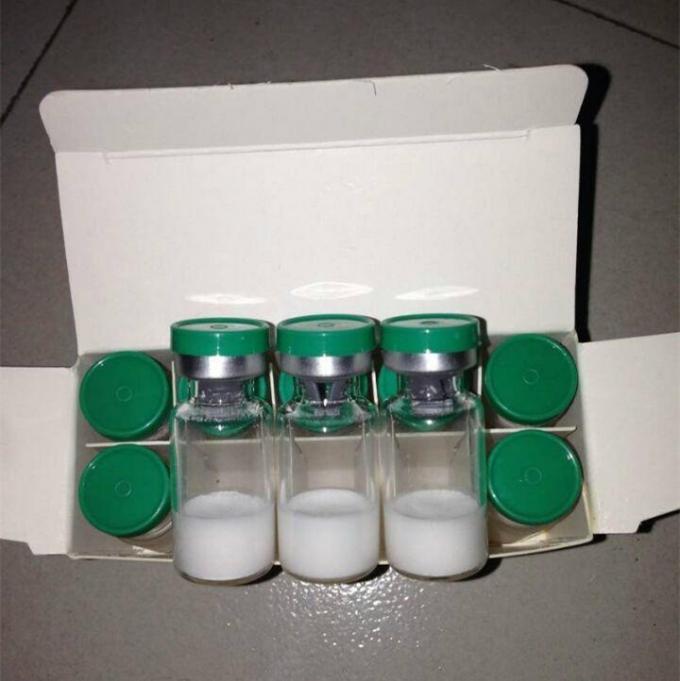